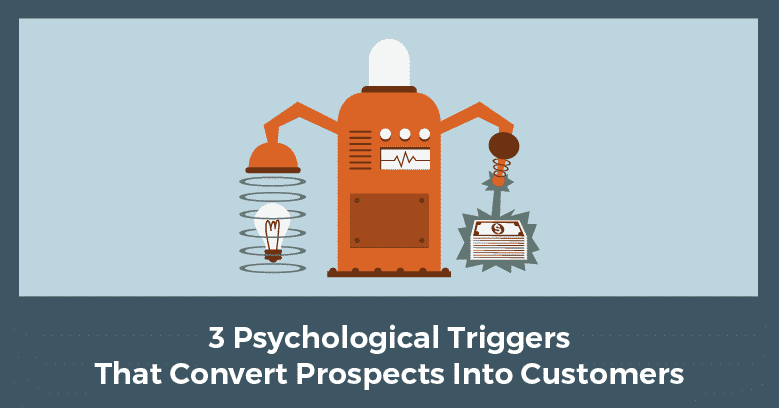 That’s how quickly your brain forms a first impression.

In fact, according to a study at Princeton University, participants crystallized a lasting judgment about the attractiveness, competence, and aggressiveness of a complete stranger in just one-tenth of a second!

For reference, it takes three-tenths of a second to blink your eyes.

The same rings true for…

Advertising that catches our eye (and makes us want to click)

So if you want to catch the attention of your prospects when you’re marketing on the internet, you’ve got to make a strong impression quickly.

Because let’s face it…

One blink while scrolling through Facebook could practically cause your prospects to miss your ad entirely.

Moreover, with SO much out there competing for our attention, what happens when your ads aren’t clicking with your audience?

What do you do when it feels like your message is being scrolled past, time and time again?

…when it feels like you’ve followed all the rules, by you still wound up spending more than you made in return?

Hey, we’ve all been there!

Chances are, you’re neglecting to…

Market “beneath the surface” 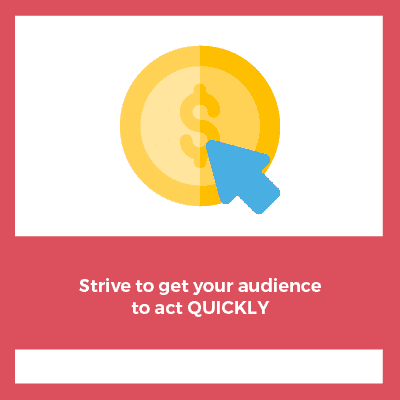 What do I mean by that?

Well, first off, forget all about the price tag and shiny packaging—no one buys over such trivialities.

When you’re marketing on the internet, engaging your audience is about offering them what they actually want, not just shoving a bunch of overblown, generic, sounds-just-like-everyone-else’s promises in their faces.

It’s certainly not about being the loudest, either.

Marketing beneath the surface is all about ‘winning’ that ever-so-important first impression, engaging the deep-seated desires of your audience, and causing their eyes and ears to perk up and take notice.

It’s how you cut through the noise, and it happens in a moment’s notice. 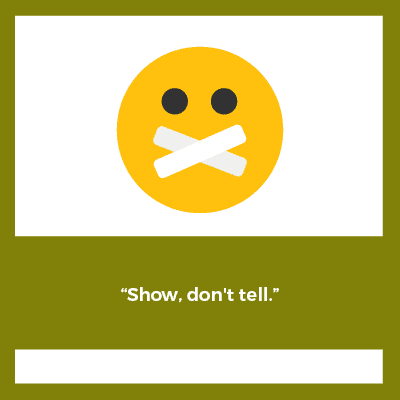 …provided you know how to pull the right stringswhen you’re marketing on the internet.

Fortunately, you simply need to employ the appropriate psychological triggers in your marketing—so you don’t sound like yet another smarmy sales pitch.

And when I say “triggers,” I’m simply referring to something that immediately captures attention and creates an emotional response.

In short, it comes down to human psychology.

Take it from Dr. Robert Cialdini, often heralded as the father of persuasion and influence.

Tucked within Cialdini’s principles are dozens of triggers, which present proven modes of persuasion to win over skeptics and drive your audience to take action, regardless of what you’re selling.

In Cialdini’s words, you should strive to…

Get your audience to act quickly,  “without thinking too much about it”

In this post, I’ll outline three specific triggers that will help you to dramatically improve the ROI of your advertising.

Whether applied to your ads, content, or emails, these will ensure a more effective approach to building your list when marketing on the internet.

More on that later.

Let’s dive in, starting with…

Ernest Hemingway’s prose packed a punch, and his “show, don’t tell” mantra is considered by many modern authors to be the cornerstone of proper storytelling.

Likewise, the same principle can be applied to your marketing efforts to make your message stand out from your competition.

Your prospects have an endless slew of options, and as far as they know, you’re just another face in the crowd.

So if you want your products and services to be deemed worthy of their time, energy, and consideration…

You’ve got to prove yourself.

Now, proof comes in many shapes in sizes.

Whether it be social proof in the form of satisfied customers and word of mouth, or hard metrics and data.

For example, any combination of the following is fair game for marketers looking to give their services a proverbial seal of approval…

Sure, you can sing your own praises all day long, but imagine how much stronger your marketing becomes when others sing ’em for you.

Leveraging reviews and testimonials of satisfied customers is a surefire way to build your brand’s worth of mouth reputation, both online and off.

“People are persuaded more by the actions of others than by any proof we can offer.”

In the marketing world, numbers speak louder than words.

Metrics and hard data don’t just pop out of thin air, after all.

If you can prove your business’ worth through metrics, whether it be how much money you made for a client or the thousands of hungry customers you already have, you’re golden.

Additionally, the human brain decodes numbers exponentially faster than it does text.

In other words, telling customers that you can slash their budgets by 50% or increase their traffic by 90% speaks volumes.

So give your audience concrete numbers to focus on as part of your next pitch.

You need to prove it.

Conducting case studies demonstrates your business is in the trenches, creating results , and sharing metrics—which gives your brand some serious credibility.

In the legal world, you’re innocent until proven guilty.

In the marketing world, you’re not an authority until proven worthwhile.

Perhaps the most cliché, seemingly straightforward advice a marketer could ever hope to receive, right?

It works when it comes time to grow your audience and build rapport.

Many newbies are paralyzed by fear when it comes time to put themselves out there.

Maybe it’s fear of stepping out of their comfort zone.

And you know what?

It’s easy to look at everyone else and think, “Well, I guess it’s all been done already.”

Cialdini cites similarity as a powerful piece of building your audience.

The more your audience connects with you in terms of your personality and background, the more likely they are to buy from you.

And there’s only ONE you.

Sure, copycat marketers might have their hearts in the right place.

But they’re too scared to risk doing anything that might not wind up being perfect from the get-go.

But bear in mind that your customers want authenticity.

They don’t want to hand their money over to a faceless business with no personality.

They want to relate to you.

So the more your prospects see themselves in your shoes, the more likely you are to engage your audience and create fans ready to sing your praises.

The world of politics represents a classic example of relatability 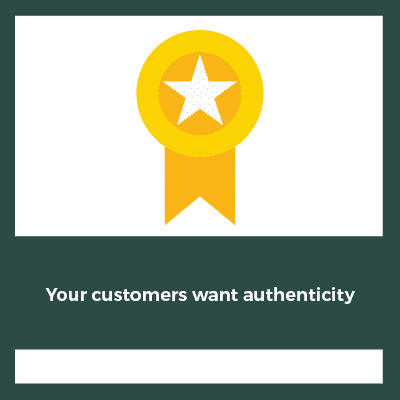 Consider how the general public responds poorly to politicians (think: low voter turnout, approval ratings), who are often perceived as egotistical, out of touch, and born with silver spoons in their mouths.

There’s a reason why Presidents and candidates alike go to such great lengths to let voters know that, “Hey, I’m like you!”

George W. emphasized his straight-shooting, Texan dialect and stood apart from the elite as “the normal guy you’d rather have a beer with,” despite graduating from Yale and being part of a political dynasty.

So love ’em or hate ’em, there’s a reason why such relatability is a hot-button with voters.

Likewise, it’s a hot button with your audience too.

So don’t say what everyone else is saying.

Blaze your own path and use your own voice in the process.

Loosen your tie and let your personality shine.

Your customers will thank you for it.

This one’s pretty simple and straightforward, but many marketers get it wrong.

Remember the “Y2K bug” and the $134 billion spent by Americans alone due to mass hysteria and the fear of what might happen when the year 2000 rolls around?

Fear is one of the most (if not the most) powerful motivators.

Both in the marketing world and in the real world.

That being said, marketing scarcity does not represent fear-mongering.

Rather, scarcity represents the concept that potential customers may lose out if they don’t act sooner rather than later.

Each of the aforementioned examples can easily be given a positive spin versus doom and gloom.

Scarcity is key to ensuring that your audience acts NOW versus sleeping on what you have to offer.

You can sprinkle scarcity throughout your marketing as a means of encouraging an immediate response from readers.

As Tim Erway, CEO of Attraction Marketing, is fond of saying…

“Without scarcity, there is no offer.”

How to drive your audience to take action 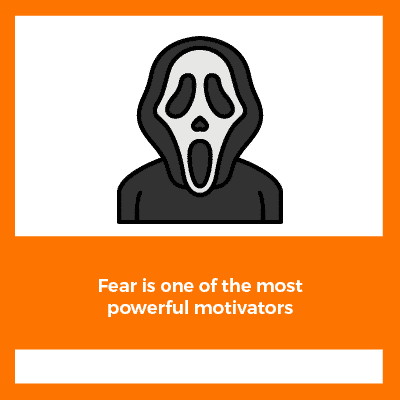 But don’t over-complicate it.

Making sure that your marketing “clicks” with your audience isn’t rocket science.

All you gotta do is…

And that’s not too overwhelming, right?

It’s all about trust.

And how do you gain the trust of your audience?

Well, you’ve got to show up consistently to EARN it.

And the best way to do that?

And the best way to get folks on your list? 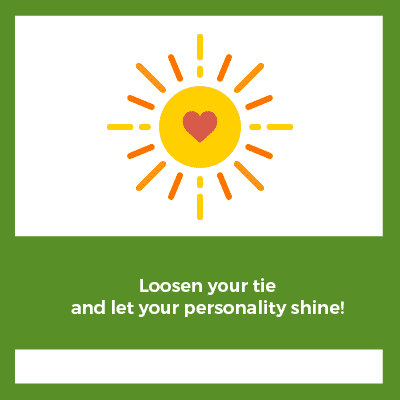 By offering a compelling lead magnet.

What’s a lead magnet, you say?

It’s the “free product” that everyone offers in exchange for subscribing to their newsletter.

You’ve probably seen dozens of ’em, usually in the form of a PDF eBook.

And for good reason too…

It’s simply not enough to have an “awesome” newsletter anymore.

People expect to get something in return for signing up.

So until you have a compelling lead magnet…

People will question your authority and have no clear incentive to subscribe.

Now, with so much contradictory and confusing advice out there, we know making your own lead magnet can be a bit overwhelming.

Especially if you don’t feel like you’re qualified yet.

It’s MUCH easier than you think.

And it honestly doesn’t have to be harder than writing a grocery list!

If you know how that is.

And to make it easier for you to hone your attraction and list building skills, we’ve set up a FREE 10-Day Online Recruiting Bootcamp.

Once you sign-up, you’ll learn about the specific tools and techniques you can use to connect with prospects online, so you’ll never have to chase anyone to make a sale, or deal with cold calling and rejection, ever again.

These methods allow you to build your business automatically—where prospects reach out to you (instead of you having to reach out to them).

You can take advantage of these methods starting today—no matter how much (or little) online prospecting and recruiting experience you currently have.

The bottom line is that, in today’s age, you don’t need to be pushy, obnoxious, or overly-aggressive to build a successful business!

Here’s to your success!

So to walk you through the process, start-to-finish…

Tim Erway, CEO and co-founder of Attraction Marketing, put together an exhaustive free report that reveals how to quickly create lead magnets that effortlessly converts your readers into ready-to-buy subscribers.

So he knows a thing or two about generating a responsive list of prospects!

So what’re you waiting for?

(enter your email address below and click the
“Get Instant Access!” button to get your 10 day boot-camp) 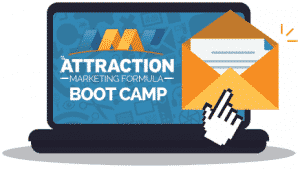