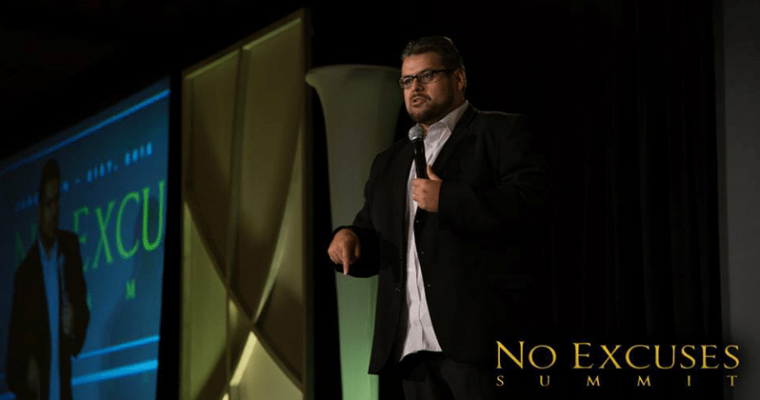 Give me a “Hell Yeah!” if you are absolutely sick and tired of hearing the following excuses when building your network marketing business:

“It sounds great, but I just don't have enough money to get started.”

“I don't have enough time.”

“Is this some pyramid scheme?”

“I don't want to give you my social security or credit card info.”

“This just isn't my thing.”

“But what about this other company that sells the same stuff cheaper?”

“I'll have to ask my wife/husband before I join.”

“Let me think about it and I'll call you next week.”

“How much does it cost to join?”

“Do I have to buy product every month!?”

Seriously, stab me in the ear with a flipping’ Q-tip!

Now I have a question for you…

What do you do when these statements are made?

Have you purchased books or courses on answering objections so you can turn the situation around?

Have you attended conference calls each week so you can learn how your sponsor masterfully counters each excuse?

If you have, good for you.

I respect your work ethic and commitment.

But I want to tell you a secret, which no one has probably ever revealed to you…

You DO NOT Have to Deal With That Crap! 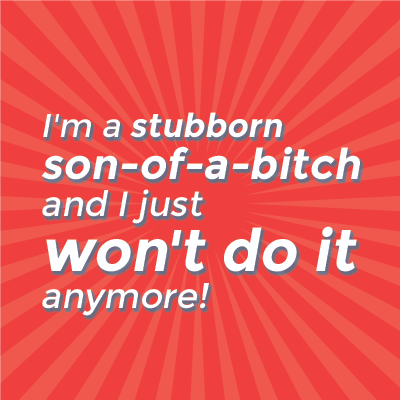 I never deal with ignorant questions and excuses like the ones above anymore.

And when I discovered that truth, my business absolutely exploded!

How do I get away with such ‘sacrilegious' behavior?

I only market to, and recruit, people already involved in network marketing, direct sales or related industries.

I only talk to people who know what the rules of the game are.

Who already know what's required to succeed in network marketing.

Who understand what autoship is, and why it's so important.

Who already understand the value of investing in training, books, and attending live events.

In short, when you're building your network marketing business, you never have to put up with excuses when you deal with people who are not looking to make them.

However, this idea is not something that’s new to the industry.

Recruiting other networkers is as old as the industry itself.

In fact, you’ve probably observed leaders jump from one company to another and bringing in a large following with them.

That being said, there’s a RIGHT WAY and WRONG WAY to do this…

I was at an event recently called The 6-Figure Summit this past October with over 200 hundred top earners in various companies.

Supposedly, the event was a ‘No Recruiting Zone,' but let me tell ya, at the bars… it was a bit of a feeding frenzy!

I witnessed firsthand the seduction tactics where some of my 7-figure colleagues, literally couldn’t take a piss in peace, without being prospected by some slick, greasy-haired networker in a cheap suit.

It was pretty bad.

I on the other hand didn’t try to recruit a single person, because I didn’t have to.

Yet, I was treated to lunch by a multi 7-figure earner who knew me from the Internet and wanted to pick my brain and had a genuine interest in my company’s services.

It didn’t work out, but that’s cool.

I got a free lunch and made a new 7-figure networking friend. 🙂

However, another 7-figure networker whom also knew me from the Internet, (but I didn’t know him), approached me and inquired about my business and got enrolled in my direct sales company 3 weeks later, paying $20,000 to join at our highest level!

It is true what they say…

The Fastest and Easiest Way to Build a Business is to Recruit Other Networkers, But… 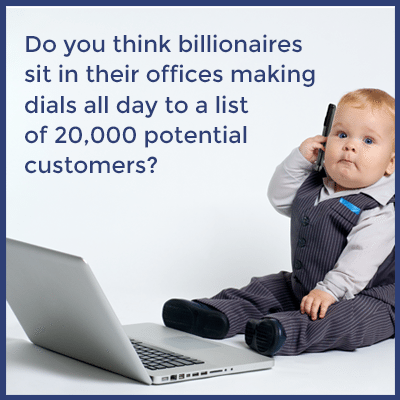 … not how you may be thinking!

I think most old school networkers have it wrong on HOW to actually find and recruit other networkers, because they are just applying ‘old school,' ineffective prospecting tactics on leaders that don’t want to be bothered and already know what you are trying to pull.

But a few are doing it right.

Have you noticed some of the recent Facebook Ads, from big time networkers?

Leaders are catching on and so should you.

I’m done prospecting strangers or friends or anyone else.

I'm a stubborn son-of-a-bitch and I just won't do it anymore!

Back in 2006, when I was burned out on the old school recruiting methods, I knew there had to be a better way to build a business, and I found it.

It's called Attraction Marketing and it's about learning how to use the Internet in a way that literally brings your customers, prospects, and other leaders to YOU, without having to be a skilled closer or prospector.

I wasn’t even planning on enrolling anyone from the event, yet it happened.

Because they already knew me from the Internet and saw value in the way I ran my business.

How would your business change if people contacted you every single day?

And these aren't just ‘any' people.

These are active networkers…calling YOU!

(Networkers of all stripes in fact – newbies, veterans, and leaders alike!)

Would it completely change your career?

Your enthusiasm and devotion to this great industry?

Would it grant you a new lease on your drive to achieve the level of success you have been working so hard for?

It's just that no one's bothered to show you how to do it yet.

You can free yourself from objections, excuses, and the people who make them – permanently.

For goodness sake, stop wasting your time and your money on these whiners!

Do you think millionaires and billionaires sit in their offices all day making dials to a list of 20,000 potential customers??

Start working with other professionals already in this industry, who are positive about what you are involved in.

Building your network marketing business is just like in any business.

Marketing 101: market what you offer to people whom are already using a similar product.

This is how this how successful networkers really build their businesses in this industry, especially now in the 21st century, so if you want results like theirs, I recommend you do the same.

If you're not sure how to go about it, you should consider signing up for my 100% Free 10-Day Online Recruiting Bootcamp, because that's exactly what it will teach you how to do.

Attract other professional networkers to you, without having to make a ton of cold calls everyday.

I’ll even show you how I get the people I don’t recruit or even join my downline, to pay me hundreds of thousands of dollars per year.

It’s a pretty neat trick, if you allow me to show you.

Regardless of what path you choose, I hope you give it 110% and I do wish you well.